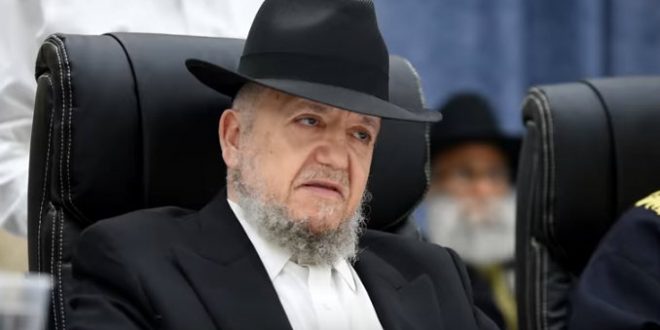 An Orthodox Israeli rabbi has claimed the spread of the deadly coronavirus in Israel and around the world is divine retribution for gay pride parades. An influential Sephardic rabbi, Meir Mazuz is the former spiritual leader of the defunct ultra-nationalist and homophobic Yachad party, and is head of the Kiseh Rahamim yeshiva in Bnei Brak.

Mazuz said that countries all over the world are being called to account because of their gay pride events, “except for the Arab countries that don’t have this evil inclination.” That was why, he claimed, they have not seen a spread of coronavirus. The outbreak in Iran, one of the most serious in any country, he explained as being due to the wicked ways of Iranians and “their hatred of Israel.”