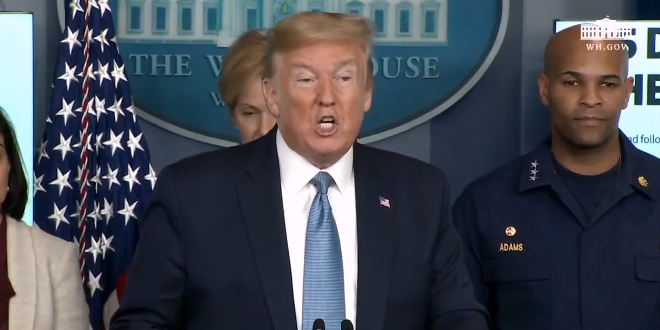 Inside Trump’s “15 Days To Slow The Spread” Plan

It was the beginning of the 15-day period during which the White House hoped it could slow the advancing virus and stem the economic bleeding left in its wake. For the next two weeks, the president’s coronavirus task force encouraged Americans to essentially self-isolate, while aides worked with anxious governors across the country and quarreling lawmakers negotiating over the largest economic recovery bill the country has ever seen.

Each day generated new challenges and controversies. The president oversold deals with companies to make medical equipment. He trumpeted potential cures that were still unproven. Aides fielded incessant questions about medical supply shortages. Everyone grappled with a rising death toll. This account of the last two weeks inside the White House is based on over half a dozen interviews during that period with staffers and outside advisers, as well as prior POLITICO reporting.