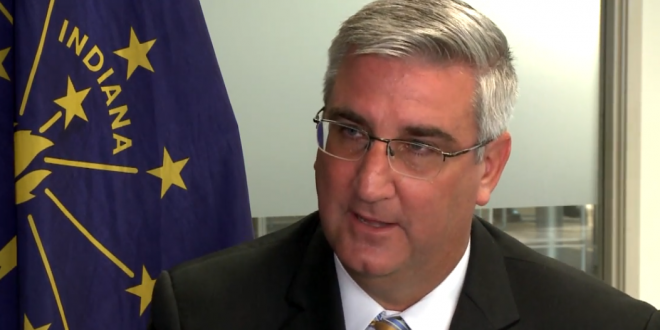 Gov. Eric Holcomb signed an executive order Friday to move the primary election from May 5 to June 2 and will take steps to ensure that all Hoosiers have the option to vote by mail. Holcomb was joined by Secretary of State Connie Lawson and the leaders of the Indiana Republican and Democratic parties to signal they were in agreement on the decision at a 30-minute news conference at the Statehouse.

“As citizens we all have a right to elect our leaders in a free and open and, of course, a safe environment,” Holcomb said. “It’s one of the cornerstones of this great nation, and so it stands to reason that rescheduling such an election should only be done in a time of emergency.” Holcomb believes it’s the first time the state has had to change an election date in its 200-year history.

Previous Illinois Gov To Give Statewide “Shelter In Place” Order
Next Graham To Dobbs: My Turn To Gargle Trump’s Ballsack