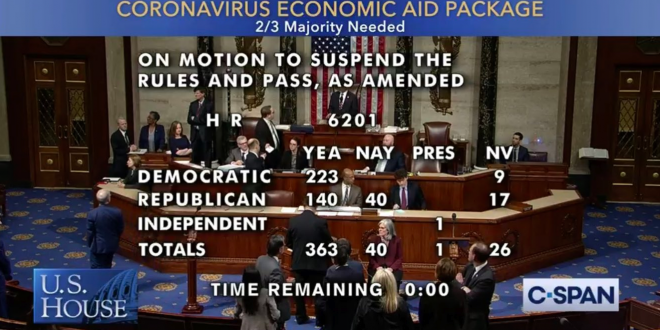 Democrats put the bill on the floor shortly after midnight under an expedited process and passed it in the early hours of Saturday morning, sending it to the Senate, which is expected to take it up as early as Monday. The bill is the product of a painstaking effort by Pelosi to pass a measure with bipartisan support rather than a doomed Democrat-only bill that the Senate would have immediately spiked.

Here’s a list of the 40 House Republicans who voted against the coronavirus relief package. Many of them criticized the process and complained about a lack of time to review the 110-page bill since it was unveiled less than an hour before the vote started. pic.twitter.com/ke8NMe0ZIR

#GymJordan is one of the 40 Republicans. Also King and Gohmert because of course. https://t.co/VhwbEo6c8g