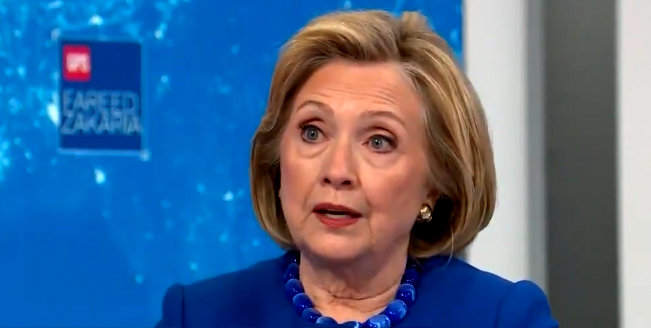 Hillary Clinton reiterated that Sen. Bernie Sanders would not be “our strongest nominee against Donald Trump.” But speaking in an interview that aired Sunday on CNN’s “Fareed Zakaria GPS,” the 2016 Democratic nominee stopped short of endorsing former Vice President Joe Biden.

“I’m not endorsing,” she said before explaining why she thinks Biden has broader appeal in what has become basically a two-person race. “I think what Joe’s victories on Super Tuesday showed is that he is building the kind of coalition that I had basically,” she told Zakaria.

Hillary Clinton on whether she would campaign for Bernie Sanders: “I don’t know if he would ask me to campaign for him … As I’ve said many times, I do not think he’s our strongest nominee against Donald Trump” pic.twitter.com/JNpP3SLhpM