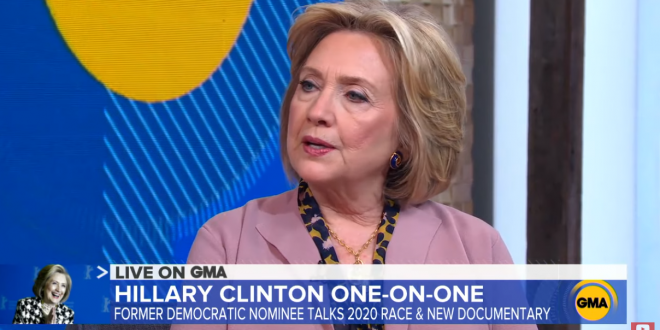 Appearing on Good Morning America to promote her new documentary series, Hillary Clinton renewed her criticism of Bernie Sanders. Interviewer Linsey Davis asked Clinton about Sanders saying that the candidate with the most pledged delegates entering the convention should be the nominee.

“That’s quite a bit of a change in his stance from 2016,” Davis observed. That remark drew a hearty laugh from Clinton. “My reaction is, let’s follow the rules,” Clinton said. “We’ve got rules. We had rules last time, and we have rules this time.”