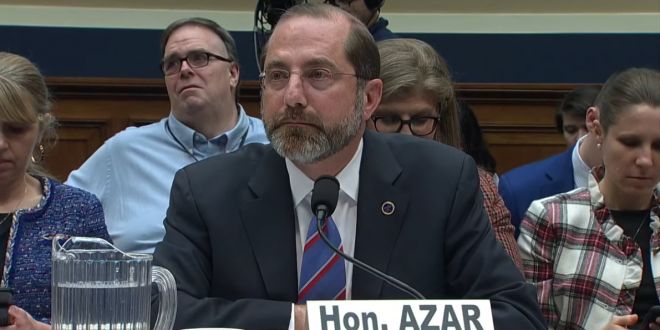 The White House on Wednesday also benched Azar from a coronavirus task force press briefing, the latest sign of diminished standing for an official who was the face of the U.S. response just a week ago.

The health secretary has in the last week emerged as a target inside and outside the administration, as officials look to apportion blame for a U.S. outbreak that caught federal officials by surprise and has already claimed at least 11 lives.