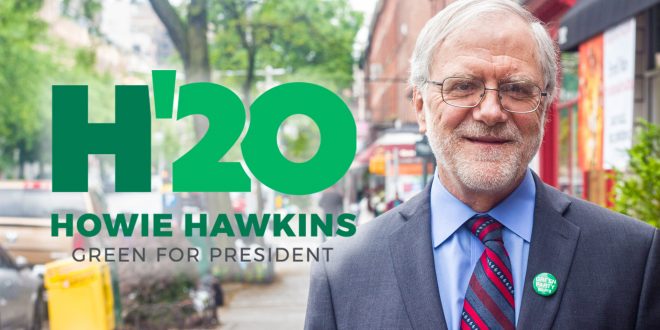 In both 2000 and 2016, the Green Party garnered enough votes in enough swing states that, had those votes gone to the Democrats they would have prevented George W. Bush and Donald Trump from ever assuming the presidency.

The current frontrunner for the ticket, Green Party co-founder Howie Hawkins, remains adamant that he’ll run in as many states as he can in November — a position that puts him squarely at odds with some of the luminaries of American leftism, such as Noam Chomsky.