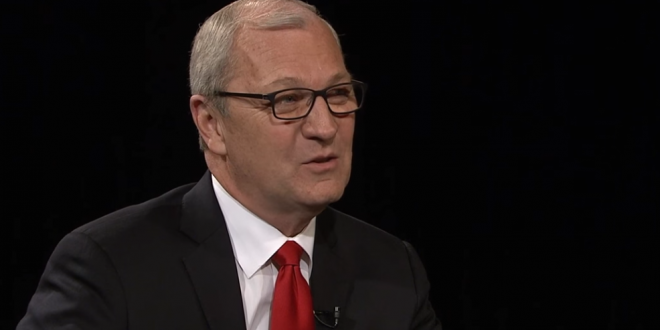 Cramer blamed autocorrect for the tweet, which he deleted soon after posting it Tuesday evening. The Republican senator was responding to a video clip on Twitter in which Pelosi, D-Calif., was being interviewed on the massive COVID-19 relief bill being negotiated in Congress.

The tweet read: “She’s retarded.” Cramer said in an interview that he meant to type, “She’s ridiculous,” and didn’t notice what he actually tweeted until a few minutes later when he went to make another tweet.

Cramer last appeared on JMG when he hailed Trump’s “integrity” in selecting his own golf resort to host the G7 summit. Prior to that, we reported on his attacks on the #MeToo movement and his attempt to steer border wall contracts to his own donors.