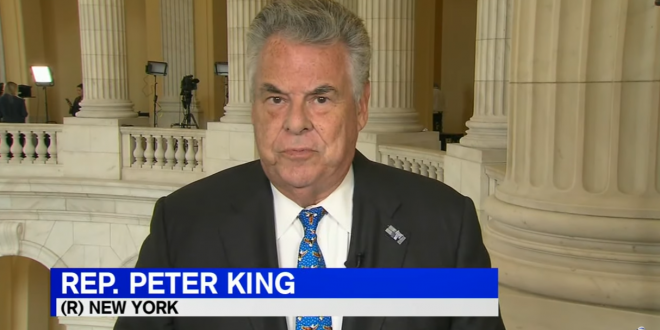 GOP Rep: Maybe This Is An Escaped Chinese Bioweapon

“I think it’s worthy of investigation, not that they [China] intentionally released it. I can see them working on some type of chemical and biological warfare and have it escape, have it get out. Again, I don’t think they would want it going around the world, also, starting in China.

“Again, who knows? I don’t think so. I think more likely if they were doing it, it was something that escaped through negligence, through error, and people I’ve spoken to, they have not been able to track that down, they don’t believe that’s the case, but again I don’t trust China at all.

“They’ve been disgraceful on this from the start, and it raises suspicions about why they wouldn’t let doctors and scientists from other countries go there immediately to try to help out with the situation.” – GOP Rep. Peter King, speaking on Newsmax, which is owned by a Trump insider.