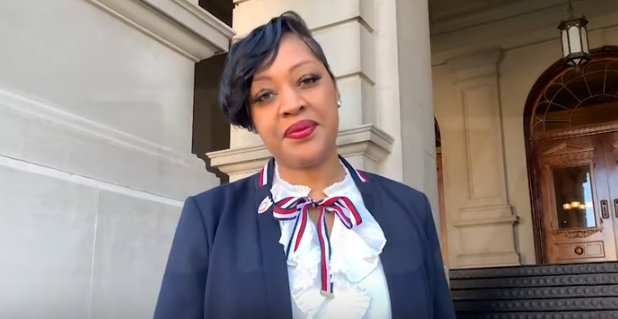 Stanton-King was recently pardoned by President Donald Trump after her 2004 conviction on federal conspiracy charges for her role in a car theft ring. She spent more than two years in prison.

Last week, Stanton-King found herself in the Oval Office, praying over Trump. It was fitting that she was there with a handful of Trump’s black supporters, whom he is trying to build into a coalition of support leading up to the November election.

King is the goddaughter of anti-LGBT activist Alveda King and is a niece of MLK. She has appeared in several relatively obscure reality shows. Her pardon from Trump was eclipsed that day by the pardons of Rod Blagojevitch and Michael Milken.