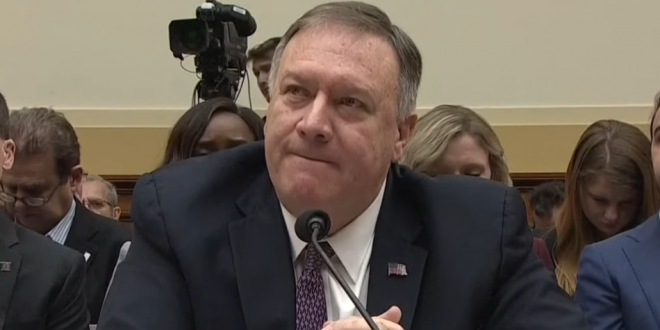 Secretary of State Mike Pompeo pressed Group of Seven (G-7) leaders to refer to the novel coronavirus as the “Wuhan virus,” according to a report by the German magazine Der Spiegel.

The G-7 leaders have thus far not been able to agree on a joint statement because of Pompeo’s insistence that the group should refer to the disease as the “Wuhan virus,” which other member states have rejected.

When asked about the report at a media availability teleconference, Pompeo, who repeatedly referred to the coronavirus as the “Wuhan virus,” did not deny the reports. Pompeo appeared to double-down on his rhetoric in an attempt to hold the Chinese Communist Party accountable for its handling of the virus.

Previous Trump Threatens To Sue TV Stations Over “Virus” Ad
Next D’Souza: Blue States Have Called Trump A Racist For Four Years And Now They Expect His Help [VIDEO]