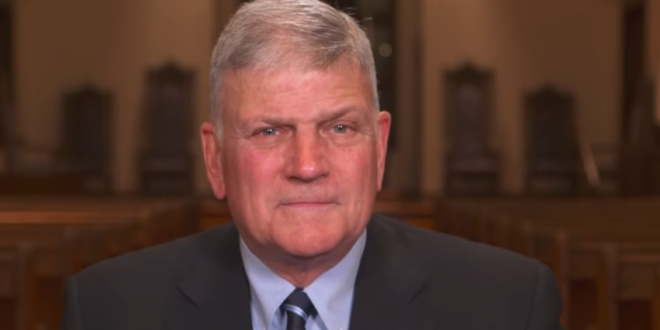 Evangelist Franklin Graham has taken legal action against two more venues for canceling his U.K. tour events planned for May due to his biblical views on homosexuality, according to a spokesperson of the Billy Graham Evangelistic Association. After launching legal proceedings against the Scottish Event Campus in Glasgow, BGEA has now sued the FlyDSA Arena in Sheffield and ICC Wales in the city of Newport, South Wales.

The Scottish Event Campus, owners of the Glasgow Hydro, had been given time until Thursday to explain why it canceled Graham’s event slated for May 30 — the first night of his tour — but the spokesperson said the SEC leaders “intend to resist the Billy Graham Evangelistic Association’s request for judicial relief, and have been advised that they will have another seven days to file a substantive answer,” The Herald (of Scotland) reported.

Every UK venue booked by Graham has canceled.