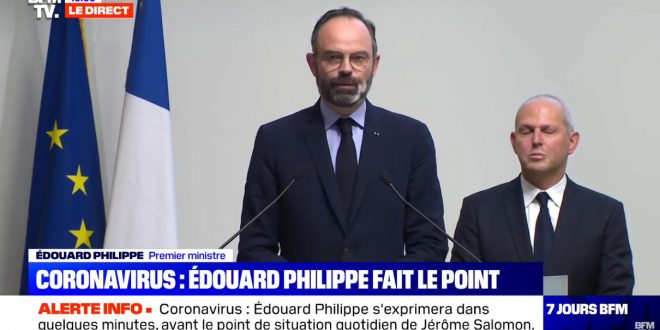 All restaurants, cafés, cinemas and clubs in France will close at midnight in an effort to stop the spread of the coronavirus, the French prime minister Édouard Philippe said in a press conference.

He said the virus is spreading faster even though limitations on mass gatherings were imposed. “People are still going to cafes and restaurants which is something that I would normally enjoy because this is the French way of living but not during these times,” he said.

Places of worship are expected to remain open but no ceremonies will be taking place. Some stores, pharmacies, tobacco shops and public offices will remain open as well.

Previous RNC Chair Ill After Mar-A-Lago Visit, Is Being Tested
Next NYC Teachers Call For Mass Sickout Over Open Schools