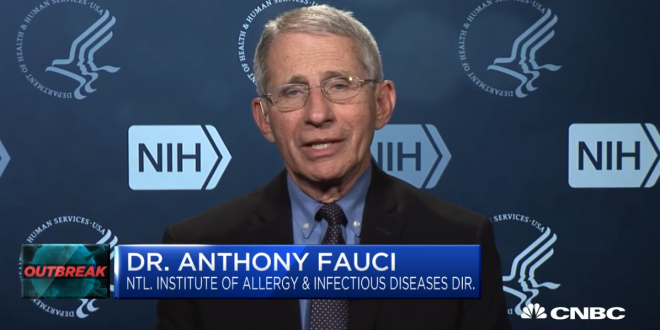 Four more people have died of the coronavirus in Washington state, raising the death toll in the state and the nation to six, health officials said Monday.

Jeffrey Duchin, a health officer in King County and Seattle, said at a Monday news conference five of the deaths were people from King County and one was from Snohomish County, north of Seattle. Researchers said earlier that the virus may have been circulating for weeks undetected in Washington state.

“To increase your chances of staying healthy, avoid crowded settings if possible,” King County Public Health said on Twitter. “Especially if you are over 60, or have other chronic health conditions such as diabetes, heart disease, lung disease, or a weakened immune system.”

National Institutes of Health infectious-disease expert Anthony Fauci told NBC News that the coronavirus outbreak has “now reached outbreak proportions and likely pandemic proportions,” a reporter at the network said in a tweet.

In the interview, Fauci said the U.S. may have to consider social mitigation acts, such as temporarily closing schools and events with large crowds in confined spaces. “We’re not ready for it right now, but we need to be at least thinking about the possibility,” Fauci said, according to the reporter.