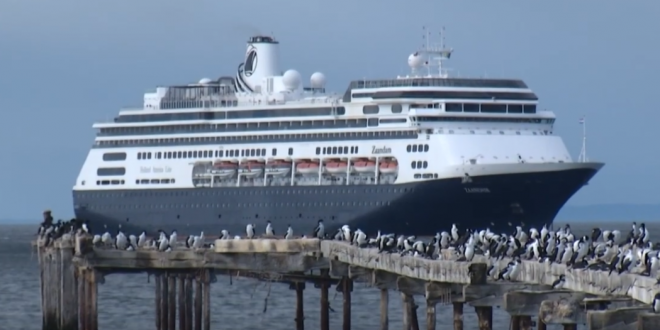 Four elderly passengers on board Holland America’s MS Zaandam have died on the cruise ship that is stuck in limbo during the coronavirus pandemic. The ship is currently carrying 138 people who have complained of flu-like symptoms, which are similar to coronavirus symptoms. Two people have tested positive for coronavirus.

The ship did not have coronavirus tests available on board until Thursday evening when it rendezvoused with Holland America’s MS Rotterdam for additional supplies and medical personnel.

The two ships received permission to anchor off the coast of Panama to meet and transfer supplies and passengers. However, the plan for disembarkation is not yet finalized.

The ship is currently adrift after officials in Chile refused to let the passengers and crew disembark, setting the ship on a course toward Florida.

Officials in Fort Lauderdale, which has seen a rise in coronavirus cases, are considering whether or not to let the ship dock, according to the Sun Sentinel.

According to Florida residents Cliff Kolber and Doris Kolber, the Zaandam’s captain announced the deaths and that healthy people over the age of 70 would be moved to a second cruise liner.

Leaked audio reveals 4 Holland America passengers have died and 2 have tested positive for COVID-19 onboard the stranded Zaandam ship. And now the cruise line is scrambling to rescue healthy passengers via @ainecainhttps://t.co/PUfrDpdrEy

Sad news from #HollandAmerica #Zaandam heading to Port Everglades. 4 guests have died. 138 guests/crew have flu-like symptoms. 2 positive tests for #COVID19. Unclear if ship will be permitted to return to Florida. She left Port Everglades for South America 10/16/19, video below. pic.twitter.com/u04u81UqN5

Holland America says 53 guests and 85 crew have flue like symptoms on the Zaandam.
There are 4 doctors and 4 nurses onboard.
The 4 guests who passed away were older, the cruise line says.
The cruise left Buenos Aires on March 7th.
No one has been off the ship since March 14th. https://t.co/RWpdCcHUbt