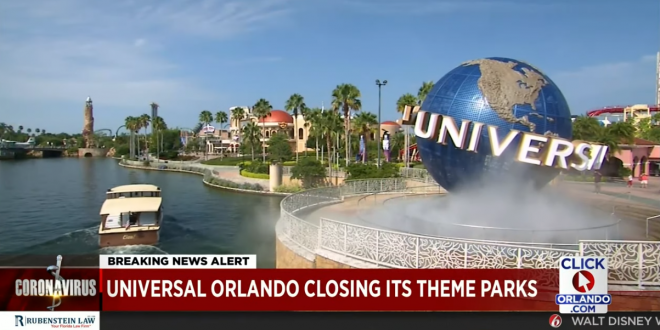 Throughout its nearly 50-year history, Walt Disney World has closed briefly because of looming hurricanes and the 9/11 terrorist attacks, but late Thursday, the company announced it will shut down for nearly two weeks starting Sunday because of the coronavirus pandemic — an unprecedented move.

The announcement had a sweeping effect. About 30 minutes after Disney broke the news, Universal said its theme parks are closing Sunday most likely through the end of the month, too. Universal hotels and Universal CityWalk will remain open.

Disney World theme park employees, which make up the largest workforce in Orlando, will continue to get paid. Employees in other company divisions are asked to work remotely. Universal said it would pay its hourly employees for any of their scheduled work through the end of March.