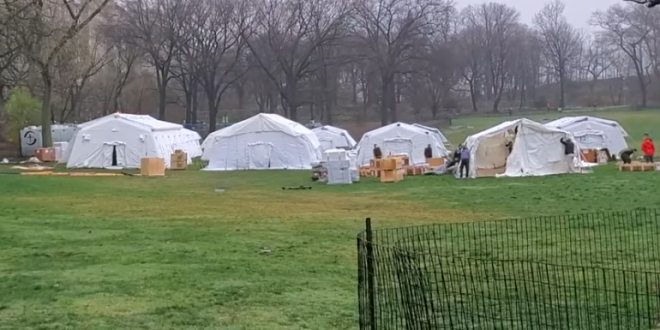 Field Hospital Of Tents Goes Up In Central Park [VIDEO]

The Central Park field hospital is the latest example of efforts to expand hospital capacity at Mount Sinai and at hospitals throughout the city.

Mount Sinai is also re-purposing lobbies and other public spaces at its Upper East Side flagship into patient pods that could be up-and-running in the coming weeks, according to reports.