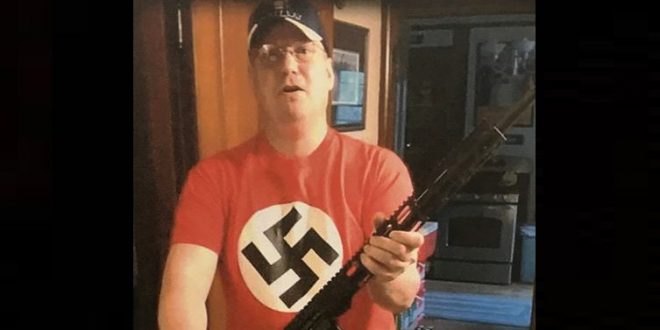 A retired federal administrative law judge from Mercer County pleaded guilty Friday to a charge of buying an assault rifle for his boyfriend, a North Side felon described by the FBI as obsessed with Nazis and mass shootings.

Karl Alexander, 78, who splits his time between Pittsburgh and Grove City, admitted to lying on a federal firearm form in buying an AR-15 for Dennis Alan Riggs, 50, of Troy Hill, who was arrested on illegal gun charges in January after a raid on his house that turned up seven guns among portraits of Hitler, swastikas and Nazi banners.

Riggs can’t have weapons because he’s a felon. Mr. Alexander admitted to acting as his straw buyer and that he did it because of his romantic relationship with Riggs.