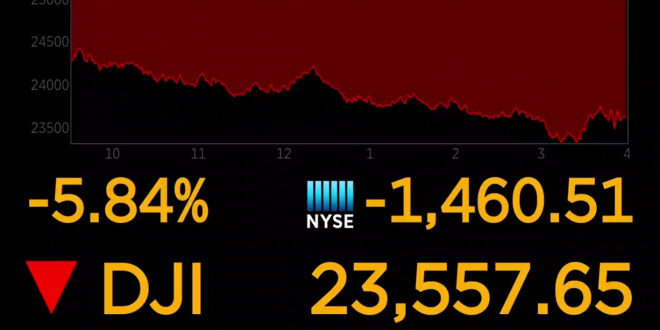 The Dow Jones Industrial Average dropped more than 5.2% to retrace all of Tuesday’s rebound and more in the stock market today. At the day’s low of 23,606, the Dow industrials also fell 20.2% below its 29,568 peak to meet the textbook definition of a bear market-level decline.

Among the biggest losers on the 30-stock Dow industrials, Boeing (BA) led the downside with a 30-point drop and hit 200 for the first time since July 2017. Another five Dow Jones stocks dropped 8 points or more, including Apple (AAPL).

As more large-audience events get canceled and corporations require their employees to work from home, certain stocks that provide online entertainment and health care services are attracting more institutional attention.

And just like that, the 11-year bull market that began on March 9, 2009 under president Obama has ended under Trump as we see a 20% loss from recent record highs. We’ve now hit bear market territory.

The Dow closed in a bear market, down 20% from its recently-set 52-week high. All other major indexes closed down more than 4.5%. https://t.co/CjmYxheKO0 pic.twitter.com/8V9oMCdVzH

Previous Trump Campaign Spox: The President Is “The Best Authority” On The Issue Of Holding Campaign Rallies
Next Seattle Is First Major City To Close All Public Schools