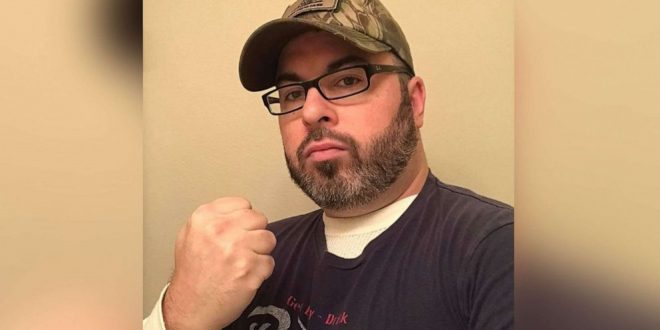 The suspected white supremacist who plotted to bomb a hospital facing the coronavirus crisis was in touch with a then-active U.S. Army soldier who wanted to launch his own attack on a major American news network and discussed targeting a Democratic presidential candidate, according to an FBI alert summarizing the case.

On Tuesday, as 36-year-old Timothy Wilson [photo] was on the verge of trying to detonate a car bomb at a Kansas City-area medical center, agents from the FBI’s field office in Missouri attempted to arrest him. But shots were fired, fatally wounding Wilson, according to the FBI.

ABC News has identified that other domestic terrorism “subject” as Jarrett Smith, who was arrested in September 2019 while still stationed at Ft. Riley, Kansas, as an active member of the U.S. Army.

According to this new report, Smith had targeted Beto O’Rouke. He has since pleaded guilty and is awaiting sentencing. Hit the link for much more.