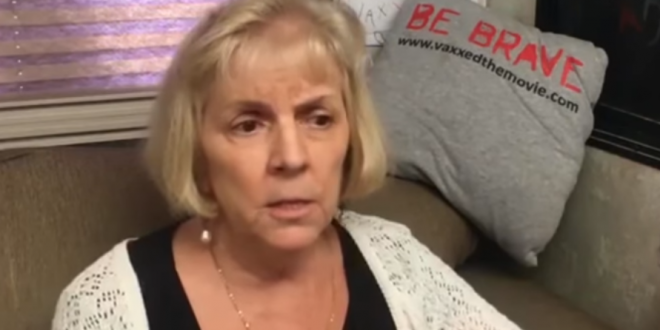 In light of the Covid-19 pandemic, pharmaceutical companies are racing to provide a vaccine to prevent further spread of the disease. Unfortunately, Moderna, the company that has been recently touted in news headlines for its developing mRNA-1273 vaccine to fight the virus, uses aborted fetal cells.

Debi Vinnedge [screenshot above], Executive Director of Children of God for Life, a prolife organization whose mission is to end the use of aborted fetal material in vaccines and medicines, said her suspicions were raised after checking Moderna’s patents and in particular, the use of the Spike (S) protein.

The idea behind using this Spike protein in a vaccine with messenger RNA (mRNA) is to teach the patient’s immune system to produce its own protein antibodies to block and destroy the virus so the person will not become infected. Unfortunately, Vinnedge said her heart sank when she discovered that Spike protein was produced using HEK 293 aborted fetal cells. “It was detailed in several science publications,” she said. “And in light of the public fear and panic, I did not want to be the bearer of bad news.”

“In fact, we have morally produced treatments for patients who are already infected, notably Hydroxychloroquine or Plaquenil. And there are more promising treatments on the way to prevent infection entirely. President Trump has done a great job of promoting morally responsible research ensuring that all Americans can have the protection they need.”

Debi Vinnedge of Largo secures a cross in protest of the Roe v Wade decision, which is this Friday. #tbtonassignment pic.twitter.com/3J1n1BLYkr

Previous Gov. Cuomo: Rate Of New Cases In NY May Be Slowing
Next NYC’s Animal Shelters Are Out Of Dogs And Cats