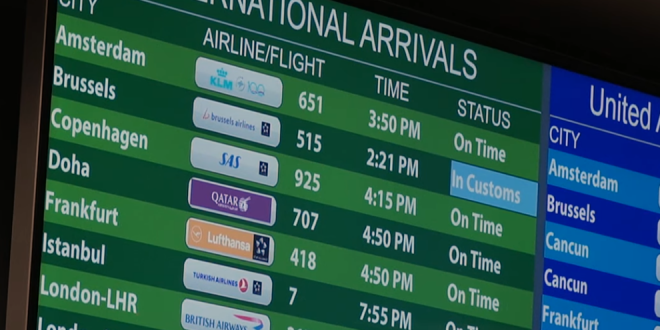 President Donald Trump’s Wednesday announcement of a ban on travel to the US from 26 European countries caused chaos at European airports as Americans, fearing being caught up in the ban, attempted to travel home early. Reports emerged of long lines and confusion in some of the busiest airports in Europe as Americans struggled to get information about a travel ban that took even European officials by surprise.

In the wake of the announcement, it was unclear whether the ban applied to Americans returning home from Europe, whether they would face extra checks in the US, or whether flights would be canceled. The New York Times reporter Mike McIntire described the situation in Paris’ Charles de Gaulle Airport as “bedlam” and said Americans were paying up to $20,000 for last-minute tickets home.

Trump’s address on Wednesday evening caused mass confusion among Americans abroad. He did not clarify in his announcement that US citizens, permanent residents, and their family members would be exempt from the Europe travel ban, causing panic among those who scrambled to buy flight tickets departing before Saturday out of fear that they may not be able to get back into the country.

Previous How Trump Screwed Up His Coronavirus Address
Next Brazilian President Positive For Virus After Meeting With Trump, White House Officials Go Into Urgent Huddle