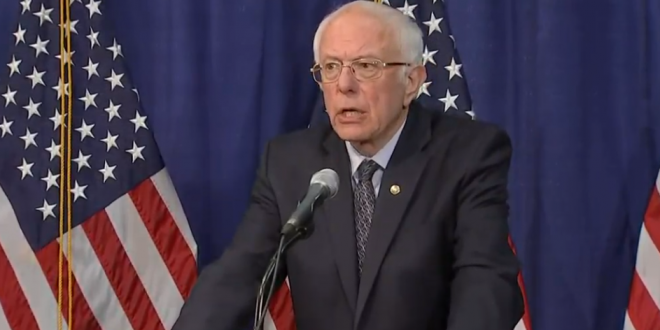 Bernie Sanders: I’m Not Dropping Out Of The Race

Despite a big day for former Vice President Joe Biden at the polls on Tuesday, Bernie Sanders isn’t going anywhere. At a press conference Wednesday afternoon in Burlington, Vermont, the Senator vowed to stay in the race and “continue the fight” to unseat President Trump.

He cited the desire for better healthcare and the need for more sustainable energy among his reasons for remaining in the race. “We are winning the generational debate,” Sanders insisted during his remarks, pointing out that his campaign is winning the vast majority of voters under the age of 50.