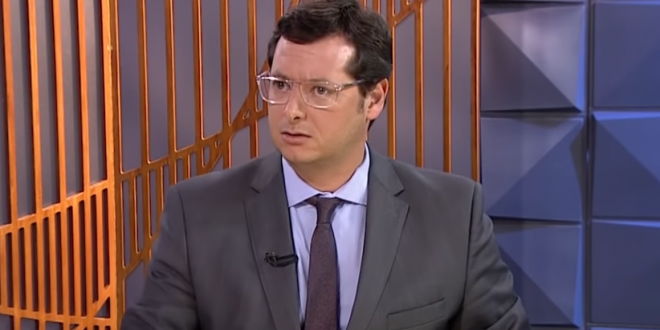 A Brazilian government official who attended an official meeting at Mr Donald Trump’s resort in Florida on Saturday (March 7) and posted a photo of himself standing next to the US President is being tested for coronavirus, the Folha de S.Paulo newspaper said.

Mr Fabio Wajngarten is Brazilian President Jair Bolsonaro’s communications secretary and he accompanied the far-right leader on a visit to Florida that included dinner with Mr Trump at Mar-A-Lago.

In response to the article, Mr Wajngarten wrote on Twitter that he is healthy. However, he did not deny that he was tested for the virus after returning to Brazil.

Fabio Wajngarten, the press secretary for Brazilian President Jair Bolsonaro, has tested positive for coronavirus, two sources tell CNN. He was at dinner with Trump at Mar-a-Lago Saturday night, took a photo with him and later attended Kimberly Guilfoyle’s birthday party.

The guy standing to Trump’s left just tested positive for coronavirus, according to Brazilian media. Fabio Wajngarten posted this photo, taken during meetings at Mar-a-Lago, five days ago. pic.twitter.com/qioU4qIlxl