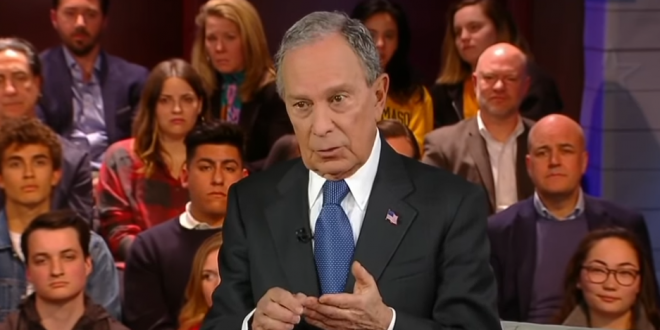 Bloomberg At Fox Town Hall: I’m Not Dropping Out

Yes, he’s a Democrat. No, he shouldn’t drop out. A defiant Mike Bloomberg beat back criticism of himself and his campaign Monday in a Fox News town hall, arguing that he is, indeed, a Democrat and has no reason to follow fellow moderates Pete Buttigieg and Amy Klobuchar out of the presidential race.

“I am a registered Democrat, and last time I checked, you could change parties,” Bloomberg said at his town hall in Manassas, Va., a Super Tuesday state.

He argued that Democrats will want him because of his positions on taxes, climate change and guns, not to mention the money he’s poured into such causes and the Democratic House candidates he helped fund in the 2018 midterms.

Previous Trump At Rally: “Nobody Knew” Many Die Of The Flu
Next NYC’s MTA Launches Anti-Virus Sanitization Program