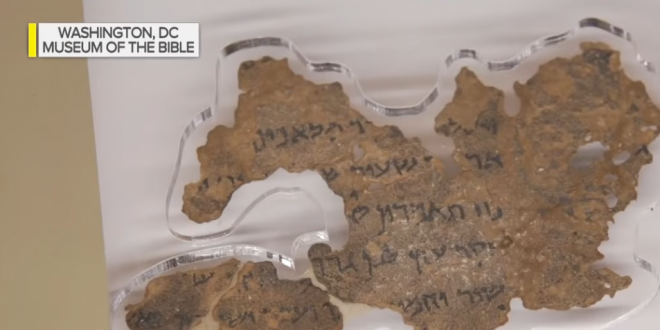 Bible Museum: All Our Dead Sea Scrolls Are Fake

On the fourth floor of the Museum of the Bible, a sweeping permanent exhibit tells the story of how the ancient scripture became the world’s most popular book. A warmly lit sanctum at the exhibit’s heart reveals some of the museum’s most prized possessions: fragments of the Dead Sea Scrolls, ancient texts that include the oldest known surviving copies of the Hebrew Bible.

But now, the Washington, D.C. museum has confirmed a bitter truth about the fragments’ authenticity. On Friday, independent researchers funded by the Museum of the Bible announced that all 16 of the museum’s Dead Sea Scroll fragments are modern forgeries that duped outside collectors, the museum’s founder, and some of the world’s leading biblical scholars. Officials unveiled the findings at an academic conference hosted by the museum.

Back in 2018, the museum admitted that five of those 16 fragments are forgeries. And last year the museum quietly removed its “Lunar Bible” exhibit after it was learned that its miniature bible had not actually been taken to the moon by an astronaut. The museum is largely funded by Hobby Lobby’s Green family, which has had to pay millions in fines over antiquities smuggled out of Iraq.

Previous Limbaugh: We’re Shutting Down Over “The Cold Virus”
Next ARIZONA: Kelly +12 Over McSally In Latest Senate Poll