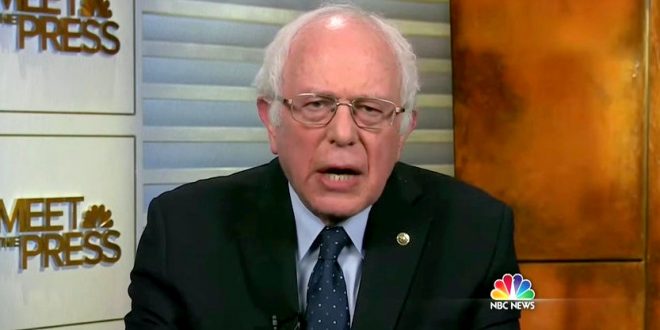 Bernie Sanders Erupts At Questions About Dropping Out: I’m Trying To Deal With A “Fucking Global Crisis”

Sen. Bernie Sanders (I-Vt.) is still running for president, but he does not want to talk about his campaign right now. Like many Americans, his primary focus is on the coronavirus pandemic, which he called the “unprecedented crisis of our lifetime,” and things got testy when things veered off topic Wednesday.

While speaking with reporters, Sanders was asked if he had a timeframe in place for when he would make a decision about whether to drop out of the race after his competitor, former Vice President Joe Biden, reaped the rewards of another strong night of primary voting Tuesday. Sanders wasn’t having it.

Sen. Bernie Sanders grew angry when asked about his campaign plans. During a gaggle with reporters in the Capitol, I asked Sanders about his timeframe for making a decision, and he lashed out: “I’m dealing with a fucking global crisis. You know, we’re dealing with.”

I noted he’s running for president, and he said: “Well right now, right now I’m trying to do my best to make sure that we don’t have an economic meltdown and that people don’t die. Is that enough for you to keep me busy for today?”

The blowup occurred about half way through a five-minute gaggle where Sanders talked about the “unprecedented crisis of our lifetime,” calling for a range of measures that the U.S. government should take in the midst of the economic crisis.

Then @LisaMascaro asked what he’s saying to his supporters, and he sidestepped the question, noting he’s sent out a statement. Then, I asked about his timeframe — and he was furious

Afterwards, he mellowed out and answered questions about the crisis for about two more minutes.