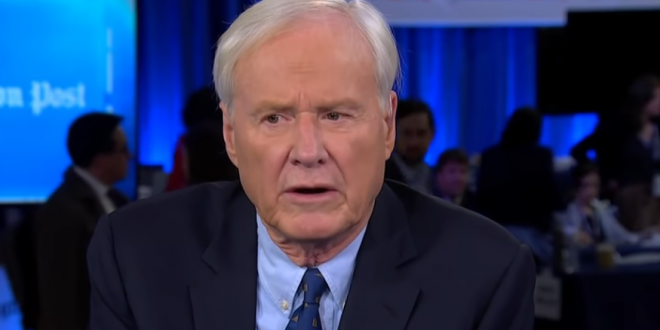 Chris Matthews announced his resignation from MSNBC Monday night after more than two decades at the network.

The MSNBC mainstay made the stunning at the start of Monday’s night edition of Hardball, a show that has for years been a staple of the network’s politics programming. It also became a headache for MSNBC brass in recent weeks as Matthews came under fire for his often out-of-touch commentary.

Critics called on Matthews to resign or be fired after he compared Bernie Sanders’ recent victory in the Nevada caucuses to the Nazi defeat of the French during World War II. The comment prompted private complaints to MSNBC from senior Sanders staffers and a rare on-air apology from Matthews himself.

BULLETIN: Chris Matthews, one of the country's best-known political talk show hosts, is retiring from MSNBC, effective immediately, after a string of recent controversies on and off the air. Here's my full story https://t.co/6Qi14NVetQ

MSNBC's Chris Matthews said he is leaving the network, after accusations of unwanted overtures to a guest and controversial remarks about Bernie Sanders https://t.co/3D5zuEXdvm

Chris Matthews announces he's retiring and tonight will be his last show pic.twitter.com/ddYUMmdpzU