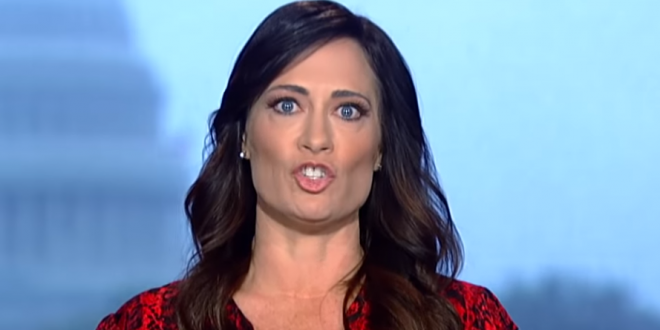 WH To Press: Leak This Memo Attacking Your Leaks

White House press secretary Stephanie Grisham, who has not held a public press briefing during her entire eight-month tenure, slammed the press in a memo sent to network TV anchors for leaking details of their off-the-record, pre-State-of-the-Union luncheon with President Donald Trump—and then strongly encouraged the press to leak said memo.

Washington Post media critic Erik Wemple released the full memo on Thursday, which was apparently sent out just house before Trump’s speech and then subsequently leaked to Wemple.

Just five paragraphs after blasting the “hypocrisy” of the press for allegedly leaking the president’s comments, she all but called for the same press corps to leak the very memo in which she is attacking the press for leaks. “In closing, I must say for once I wouldn’t mind if this email leaked, but somehow I doubt anyone will want to admit to this complete lapse in integrity.”

Here’s the email that @presssec Stephanie Grisham sent to TV anchors after details from their pre-SOTU session leaked into the public sphere on Tuesday. pic.twitter.com/lzEZBglx6i