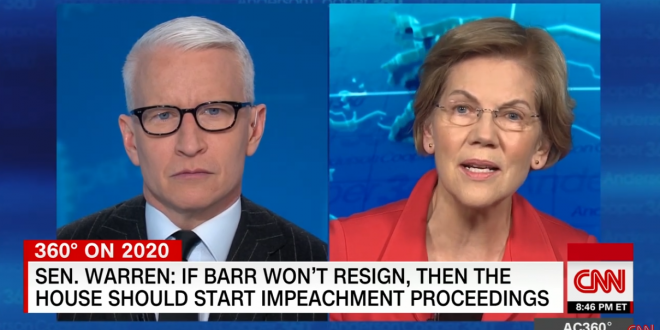 Warren: We Are Descending Into Authoritarianism

Sen. Elizabeth Warren (D-Mass.), a Democratic presidential candidate, said Wednesday that the country is watching a “descent into authoritarianism,” as she amped up her call for Attorney General William Barr to resign.

“The whole notion that we have people in our Justice Department resigning because of Donald Trump’s inappropriate influence, and the attorney general overturning a sentencing of Donald Trump’s cronies, right in front of our eyes we are watching a descent into authoritarianism,” she added.