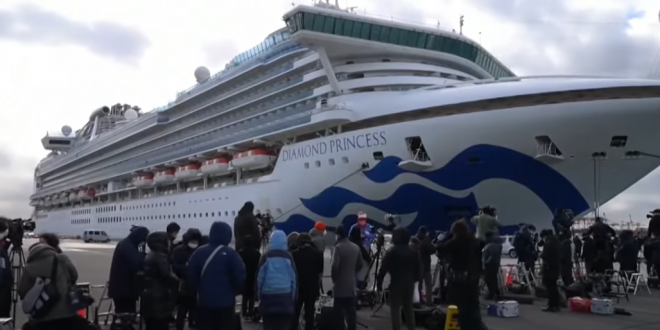 Eleven Americans are among 66 additional people on board the Diamond Princess who have tested positive for the new coronavirus, the cruise ship operator said Monday.

The latest results bring to 136 the number of passengers and crew who have tested positive for the virus, not including a former passenger from Hong Kong who is thought to have brought the virus on board before disembarking.

The latest cases were made up of four Australians, one Briton, one Canadian, 45 Japanese, three Filipinos, one Ukrainian and 11 Americans, Princess Cruises said in a statement. The ship and its 3,711 passengers and crew were placed under quarantine last Wednesday.

Binay Kumar Sarkar, 31, said he was one of about 160 Indian crew members on the ship. Sarkar said his team was still serving meals to passengers in their rooms three times a day but they’re all “scared who will be next.”

He said that all healthy people on board should be allowed to leave and said he fears that keeping everyone trapped on the boat means “very soon we will all be infected.”