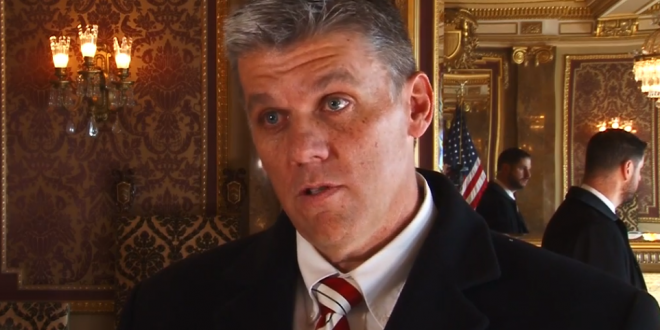 A rural Utah lawmaker is asking his colleagues to send a message of support to President Donald Trump by voting to censure Sen. Mitt Romney, R-Utah. Rep. Phil Lyman, R-Blanding, on Thursday announced that he had filed a resolution to censure Romney, saying the senator’s judgment was questionable even if his motives were pure.

BREAKING NEWS: @SenatorRomney is back in Utah where he is meeting behind closed doors with #utleg Republican leadership. He declined to comment to us. @fox13 #utpol pic.twitter.com/ohezc9YMnN

Right now, there is a bill in the #utleg that would allow for the recall of a U.S. Senator. Today, Rep. Lyman also filed a resolution to censure Mitt Romney. @fox13 #utpol

Just interviewed Rep. Lyman who seemed to suggest there is concern that Trump could exact some kind of retribution on the state. He took issue with the word “retribution” but indicated he is concerned. @fox13 #utpol #utleg

.@BradWilsonGOP says there will be a joint resolution introduced to support the President.

I ask if he’s concerned about retribution?

“We’ve got a great relationship with the White House and we’ll continue to work closely with him,” he says. @fox13 #utpol #utleg

.@RepTimQuinn tells me that over the past 24 hours, there is A LOT of interest in his recall bill. He acknowledged a lot of it is coming from out of state. @fox13 #utpol #utleg

Republicans here on Capitol Hill I’ve talked to who are not fans of Trump have mixed feelings on @SenatorRomney‘s vote. But they ARE worried about the President exacting some kind of revenge (remember, we’ve got LOTS of federal lands and we do get federal $$).@fox13 #utpol

Asked about the idea that @RepTimQuinn‘s bill to recall a U.S. Senator might be unconstitutional, Sen. Vickers interrupts and says: “not might, it IS.”

“It very clearly is unconstitutional.”

“Let’s focus on the things that make a difference,” @JStuartAdams says. #utpol