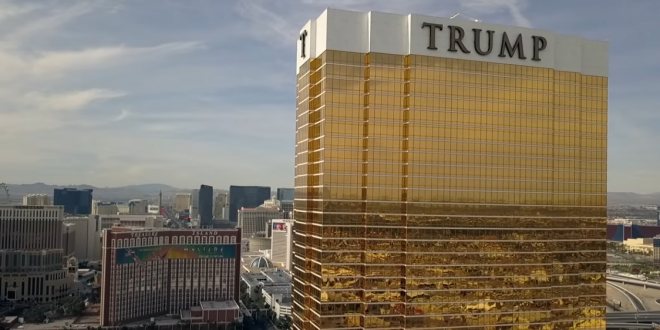 President Donald Trump’s choice to stay at his own Las Vegas hotel each night during the western states swing that wrapped up Friday likely cost taxpayers a million extra dollars as well as diverted thousands of them into his own cash registers. Previous presidents on extended trips away from the White House typically stayed in the city of each day’s final event, or traveled to the city of the following day’s first event.

Trump, instead, traveled back to Las Vegas each night from California, Arizona and Colorado to overnight at his Trump International Hotel ― requiring several extra hours’ flying time on Air Force One, a plane that costs taxpayers about a quarter-million dollars per hour in the air. “At this point in his presidency, there’s no way to look at it other than Donald Trump is using his position and taxpayer dollars to make money for his businesses,” said watchdog group CREW.