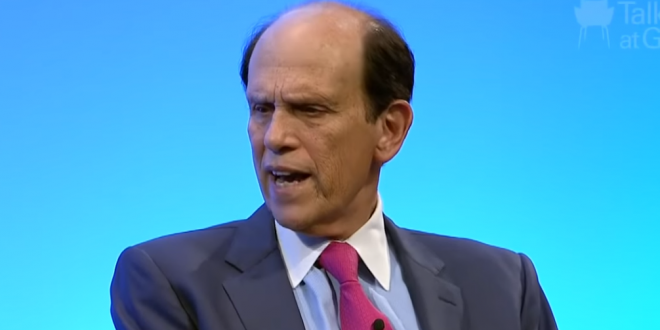 In a tearful admission of guilt in a Manhattan federal courtroom, Milken pleaded in April 1990 to counts of conspiracy; aiding and abetting failure to meet federal securities disclosure regulations; securities fraud; aiding and abetting a regulated broker-dealer to violate securities reporting requirements; mail fraud, and assisting in filing a false tax return.

Milken was given a 10-year sentence, fined $200 million and required to pay $400 million in restitution. He later settled lawsuits for an additional $500 million.

He served 22 months at a minimum-security prison dubbed “Club Fed” in Dublin, Calif., and was released after testifying against a former colleague. He also was banned for life from the securities industry.

We launched an investigation in January:https://t.co/9AeUtm7nqV

But Trump’s biggest pardon today is that of Michael Milken, the former junk bond king – the face of financial scandal in the 1980s. Trump is pardoning all sorts of felons today – which may give his opponents ammo in this election year

Michael Milken was the inspiration for “Greed is Good” Gordon Gecko. Now, with help from his friends in the Trump administration, he’s poised to profit from a program designed to help the poor / by @JesseDrucker @EricLiptonNYT https://t.co/LwgtSUfQoU

Previous Trump Commutes Corruption Sentence Of Blagojevich
Next Trump’s Spiritual Advisor: Donate To Me Before Paying Your Bills, The Power Company Won’t Heal Your Cancer