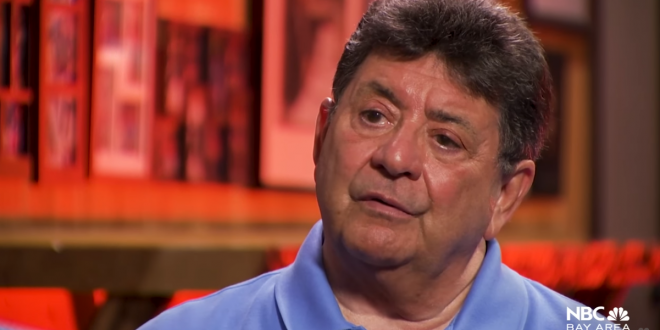 In 1998, he pleaded guilty to failing to report a felony when he paid $400,000 to former Louisiana Gov. Edwin Edwards in exchange for a riverboat gambling license.

DeBartolo Jr., whose San Francisco 49ers won five Super Bowls under his leadership, stepped down as owner in 1997 after two Louisiana newspapers reported he would be indicted for gambling fraud. He avoided prison, was fined $1 million and was suspended for a year by the NFL. But the episode effectively ended his NFL career.

DeBartolo pleaded guilty to misprision of a felony after acknowledging that he had paid a $400,000 cash bribe to Louisiana’s then-governor to win a casino license. https://t.co/igpXCISUDJ https://t.co/1zlBIpu86k

Jerry Rice and other ex-NFL players are at the White House today.

Trump has pardoned Eddie DeBartolo Jr., the former owner of the 49ers who bribed a Louisiana governor.

“I take my hat off to Donald Trump for what he did,” Rice said. pic.twitter.com/PzEihlyCPy

With the great Eddie J. Debartolo and family at the White House today. #DeBartoloPardon pic.twitter.com/zALdNLNbdJ