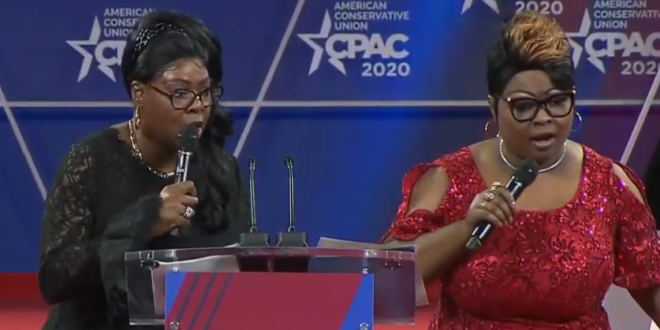 In uncharacteristic fashion, the president barely tweeted throughout the day, as the Dow Jones industrial average took another massive dive on fears that the spread of the virus was going to severely interrupt global commerce and medical supply chains.

Late on Thursday afternoon, he called the press in for a meeting with Trump-friendly African-American leaders and media personalities to discuss community empowerment, several of whom called him the best president since Lincoln. The White House did not return a request for comment.

But according to three people who’ve independently discussed coronavirus with the president over the past three weeks, each said he seemed more preoccupied with his beliefs that Democrats and perceived enemies in the news media were going to try to use coronavirus panic to make him “look bad” than with the virus’ public health fallouts.

Trump is here with many guests including Candace Owens and Diamond and Silk. pic.twitter.com/JmLv10tP7b

Previous Loony Louie Gohmert At CPAC: We Don’t Know How Many “Tens Of Thousands Will Vote Illegally In Texas”
Next Bloomberg: I’m In “Right To The Bitter End” Unless Bernie Sanders Happens To Get The Majority [VIDEO]