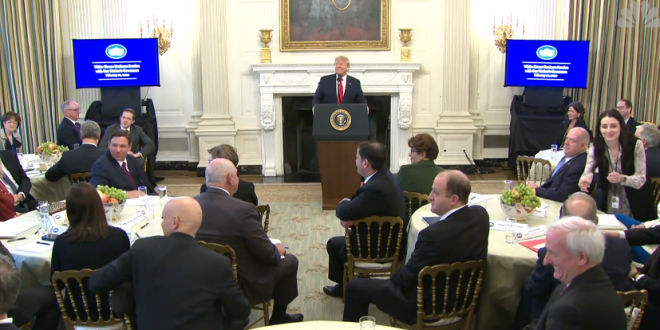 Trump, who’s repeatedly criticized his fellow Republican since Romney voted last week to convict the president for abuse of power at his Senate impeachment trial, still had the Utah senator on his mind when Gov. Gary Herbert tried to ask him a question at a White House event.

“How’s Mitt Romney? You keep him. We don’t want him,” Trump told Herbert, also a Republican. Herbert, who was at the White House for an event with the nation’s governors, didn’t respond to the dig, and asked Trump a question about reducing the deficit.

Sen. Mitt Romney is the only Republican to vote to impeach Trump on abuse of power in the Senate trial. https://t.co/a6zfb93It5 pic.twitter.com/Kpwid6DXFp