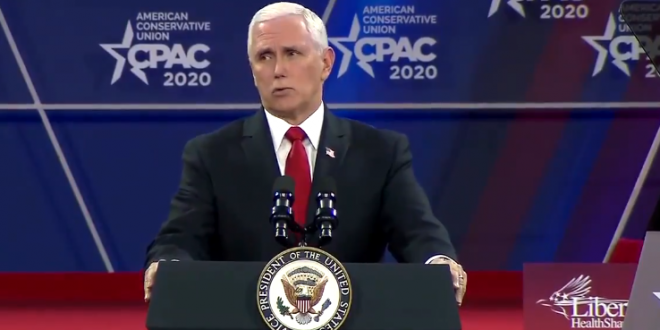 President Donald Trump is locked in a tough reelection battle, yet the Republicans looking to succeed him are already circling. They’re visiting early primary states, reaching out to major donors, and — in one instance — even running commercials in Iowa. But perhaps the most overt display of ambition is on display this week here at the Conservative Political Action Conference, a rite of passage for White House aspirants eager to audition before thousands of activists whose support can be critical down the line.

Those with the most prominent speaking roles — a list that includes the likes of Vice President Mike Pence, Secretary of State Mike Pompeo, and Texas Sen. Ted Cruz — are regarded as likely 2024 contenders. At Wednesday evening’s opening reception, former U.N. ambassador Nikki Haley was mobbed by fans, including a woman who wore a “Nikki 2024” baseball cap. Haley took a picture with the woman and signed the hat.

Junior also got a prominent slot at CPAC this week. A recent survey showed 29% of GOP voters want him to succeed his father. Read the full article.