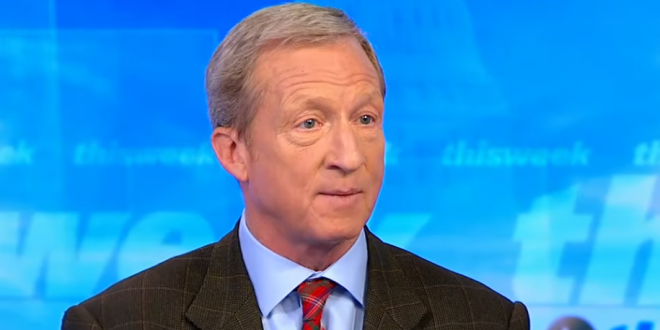 Tom Steyer, the California activist billionaire who has largely been a nonfactor in the Democratic primary campaign, dropped out of the race on Saturday night.

Steyer made the announcement following a disappointing finish in the South Carolina Democratic primary Saturday night. With 56 percent of the vote in, Steyer had just 11.7 percent of the vote — despite spending millions of dollars on campaigning there.

Steyer had initially opted against entering the presidential race before reversing course and joining the large field in July. He spent exorbitant sums of his own money on the race, outpaced in the Democratic field by another late-entrant, former New York City Mayor Mike Bloomberg, the billionaire media mogul.