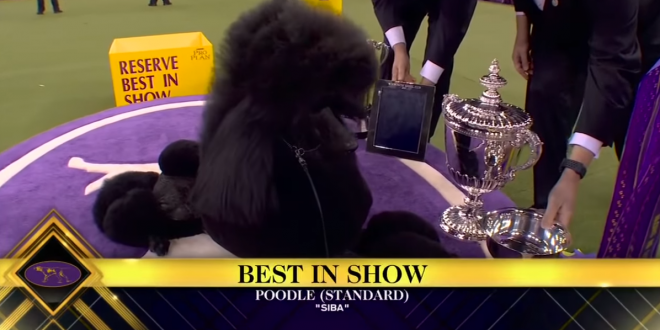 Siba, a black standard poodle with a meticulously groomed coat and a taste for chicken, won best in show at the 144th Westminster Kennel Club Dog Show on Tuesday night, defeating a final group of contenders that included a wildly popular golden retriever and two repeat best in show contestants.

Siba is the fifth standard poodle to win the show’s top prize and the first since 1991. The last poodle to take top honors was a miniature, Surrey Spice Girl, in 2002.

“She knows she’s special,” Siba’s handler, Chrystal Murray, had said when she advanced to best in show on Monday. The best in show judge, Robert H. Slay, tuning out the cheers of a crowd chanting the name of Daniel the golden retriever as he contemplated his decision, agreed.