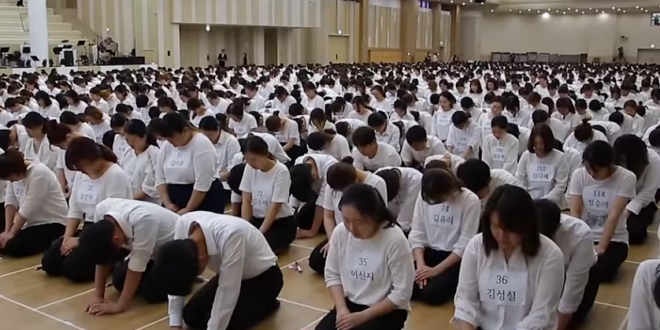 An So-young had a gut feeling that the 31st person in South Korea to test positive for the coronavirus might be a member of the controversial religious sect she quit four years ago. What caught An’s attention was how health authorities were struggling to track the woman’s movements before she was tested. “That’s their culture, they have to hide their movements, and that’s why I guessed she was with Shincheonji,” An, 27, said in an interview, referring to the Shincheonji Church of Jesus.

Shincheonji is in the biggest crisis in its 36-year history, as hundreds of members have tested positive for the virus. All of its 210,000 known followers are being tested amid unprecedented scrutiny from authorities and the public. After initial resistance, the church released the addresses of 1,100 facilities around the country – 82 churches and 1,018 “affiliates,” – and asked the public to avoid making “groundless criticism.”