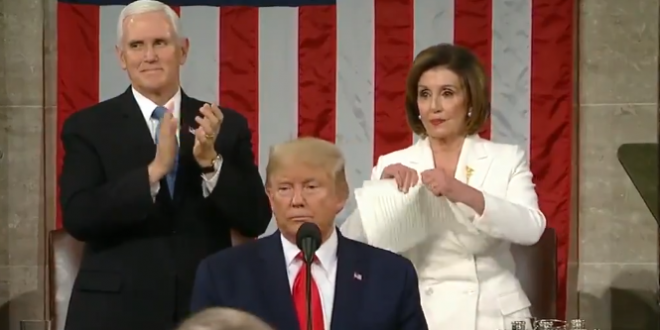 Donald Trump’s State of the Union address was all anybody could talk about on Tuesday, but “Ellen’s Game of Games” showed up for NBC too. This third SOTU from the 45th president of the United States of America is currently down 26% in Big-4 broadcast viewers from his second.

The numbers above are subject to revision. Cable ratings have not yet been released.