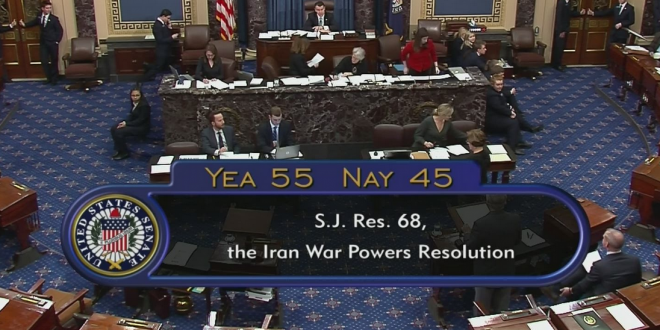 In a 55-45 vote, lawmakers passed a resolution that would require President Donald Trump to obtain congressional approval if he wanted to take additional military action against Iran. Unlike the House resolution, however, Kaine’s measure has the power to become law if it were enacted. That difference means it would need to be voted on by the lower chamber before it heads to the president’s desk.