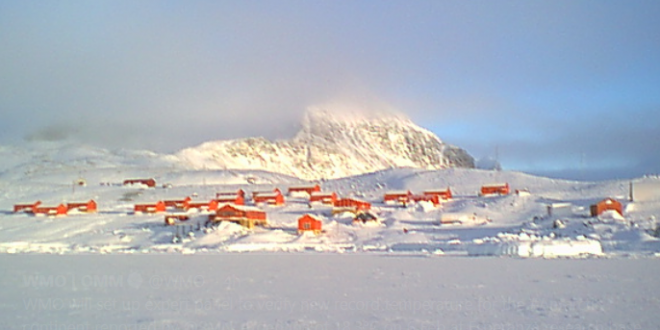 Just days after the earth saw its warmest January on record, Antarctica has broken its warmest temperature ever recorded. A reading of 65 degrees was taken at Esperanza Base along Antarctica’s Trinity Peninsula on Thursday, making it the ordinarily frigid continent’s highest measured temperature in history.

In just the past 50 years, temperatures have surged a staggering 5 degrees in response to earth’s swiftly-warming climate. Around 87 percent of glaciers along the peninsula’s west coast have retreated in that time, the majority doing so at an accelerated pace since 2008.

The Argentine research base Esperanza, on the northern tip of #Antarctic Peninsula, saw a new record temperature of 18.3°C today (old one 17.5°C on 24 March 2015), per @SMN_Argentina.
Details of previous record at https://t.co/19Un83mmHn#ClimateChange pic.twitter.com/ZKvzr765Am

WMO will set up expert panel to verify new record temperature for the #Antarctic continent reported by @SMN_Argentina of 18.3°C on 6 Feb at Esperanza research base. Latest news on this and Antarctic glaciers at https://t.co/CtDFFsUG0h pic.twitter.com/9gpfLxFKls

🚨 it's the same temperature in Miami and **Antarctica** today https://t.co/9SvHeHrqC1