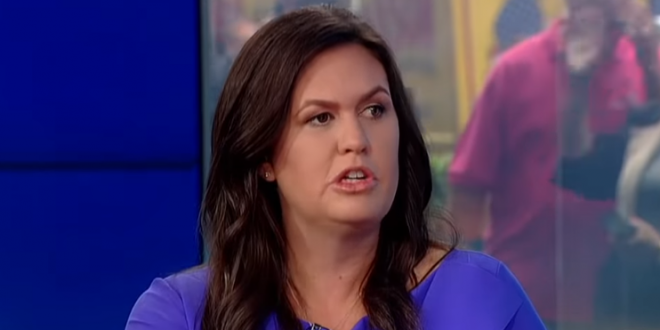 “Bloomberg, if he continues to rise, is going to have serious problems with women and African-Americans. His language is offensive and atrocious.

“Then again, maybe he can buy the DNC just like Hillary did and steal it from Bernie in 2016.

“Either way, I think this is a great night for President Trump.” – Sarah Huckabee Sanders, the second-most famous liar in the world, paying obeisance to the world’s most famously potty-mouthed racist.

Sarah Sanders says Bloomberg will have serious problems with Women and African Americans. She also says his language is offensive and atrocious pic.twitter.com/bbokyBmjpI