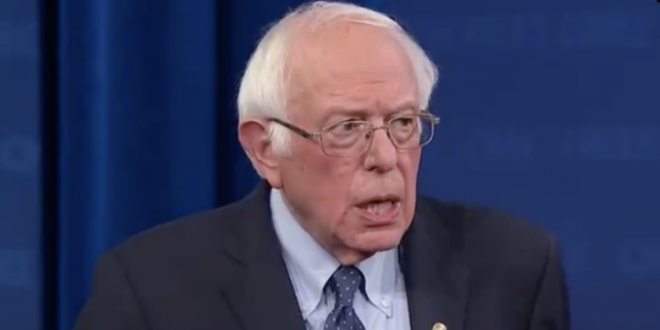 Bernie Sanders said Tuesday night that he is not planning to release any additional medical records. Sanders, 78, suffered a heart attack in October during a campaign event. He had a blockage in one artery and two stents were inserted, his campaign said at the time.

Speaking during CNN’s town hall in Las Vegas, Sanders was asked to clarify whether his presidential campaign would be releasing full medical records, which he previously stated he would do. Sanders will take part in the Democractic candidate debate Wedneday night.

“I think we have released a detailed medical report and I’m comfortable on what we have done,” Sanders said. When asked to clarify whether he’d be releasing full medical records, Sanders concluded, “I don’t think we will, no.”

Sen. Bernie Sanders, who had a heart attack last year, tells @andersoncooper that he doesn’t think he will release any more medical records than he already has. #cnntownhall https://t.co/DcVxz2JQLM pic.twitter.com/mObVIbJHFO

.@BernieSanders who once pledged to release his full medical records after his heart attack says in #CNNTownHall he doesn’t plan to release anything more.

Last October, he promised @drsanjaygupta to disclose his records because “The people do have a right to know”