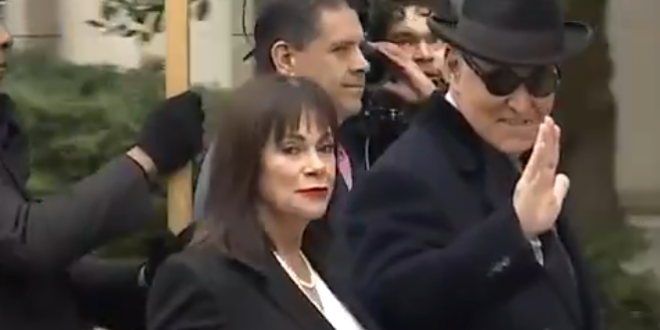 Roger Stone was greeted with jeers and heckling as he entered a federal courtroom in Washington D.C. Thursday morning for sentencing after being found guilty of seven counts including witness tampering and lying to Congress.

Stone arrived in the company of several Proud Boys.

NEW: Roger Stone arrives at a DC courthouse for expected sentencing on his conviction for witness tampering and lying to Congress. A few onlookers yelled “Traitor!” at him as entered the building. https://t.co/AVTtUPvjgI pic.twitter.com/Ywwg5VvLoR