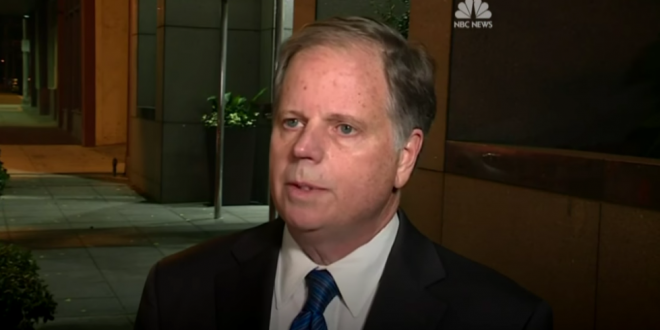 Sen. Doug Jones (D-Ala.), who faces a tough reelection race in Alabama, will vote to convict President Donald Trump on both articles of impeachment. Jones made the announcement hours before the Senate is expected to acquit Trump over charges of abuse of power and obstruction of Congress.

“Senators are elected to make tough choices. We are required to study the facts of each issue before us and exercise our independent judgment in keeping with the oaths we take.

“The gravity of this moment, the seriousness of the charges, and the implications for future presidencies and Congresses all contributed to the difficulty with which I have arrived at my decision,” Jones said in a statement.