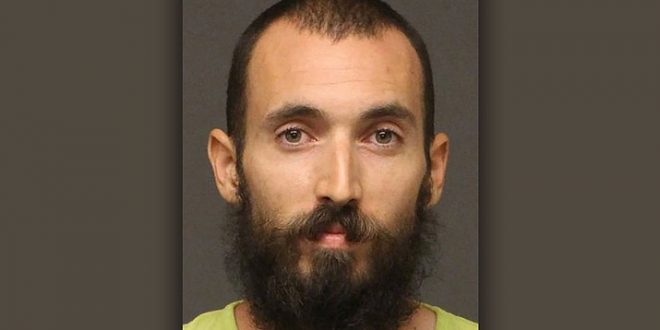 A man who, motivated by his belief in the wide-ranging conspiracy theory known as QAnon, blocked the bridge near the Hoover Dam with a homemade armored vehicle, has pleaded guilty to making a terrorist threat. Matthew Wright, 32, who initially faced charges that could have put him in prison for the rest of his life, pleaded guilty to the terrorism charge and two other felony crimes: aggravated assault and fleeing from law enforcement.

Under state sentencing guidelines, his presumptive sentence would amount to less than a decade in prison. Witnesses and officers saw Wright appear to point weapons outside of the van, which had portal openings for those purposes. At one point during the standoff, Wright held a sign out of his armored van that read: “Release the OIG report.” That, authorities said, was a reference to an Office of Inspector General report into the actions of former FBI Director James Comey.

Wright wrote the letters to President Trump, members of Nevada’s congressional delegation and assorted federal agencies, including the FBI and CIA, according to media reports.

Calling himself a “humble Patriot,” copies of the letters show Wright put a fingerprint over his signature – a trademark frequently used by antigovernment sovereign citizens.

Above his signature, he wrote, “For where we go one, we go all,” a phrase commonly used on various Internet message boards by followers of QAnon, who believe in a meta-conspiracy theory called “The Storm.”